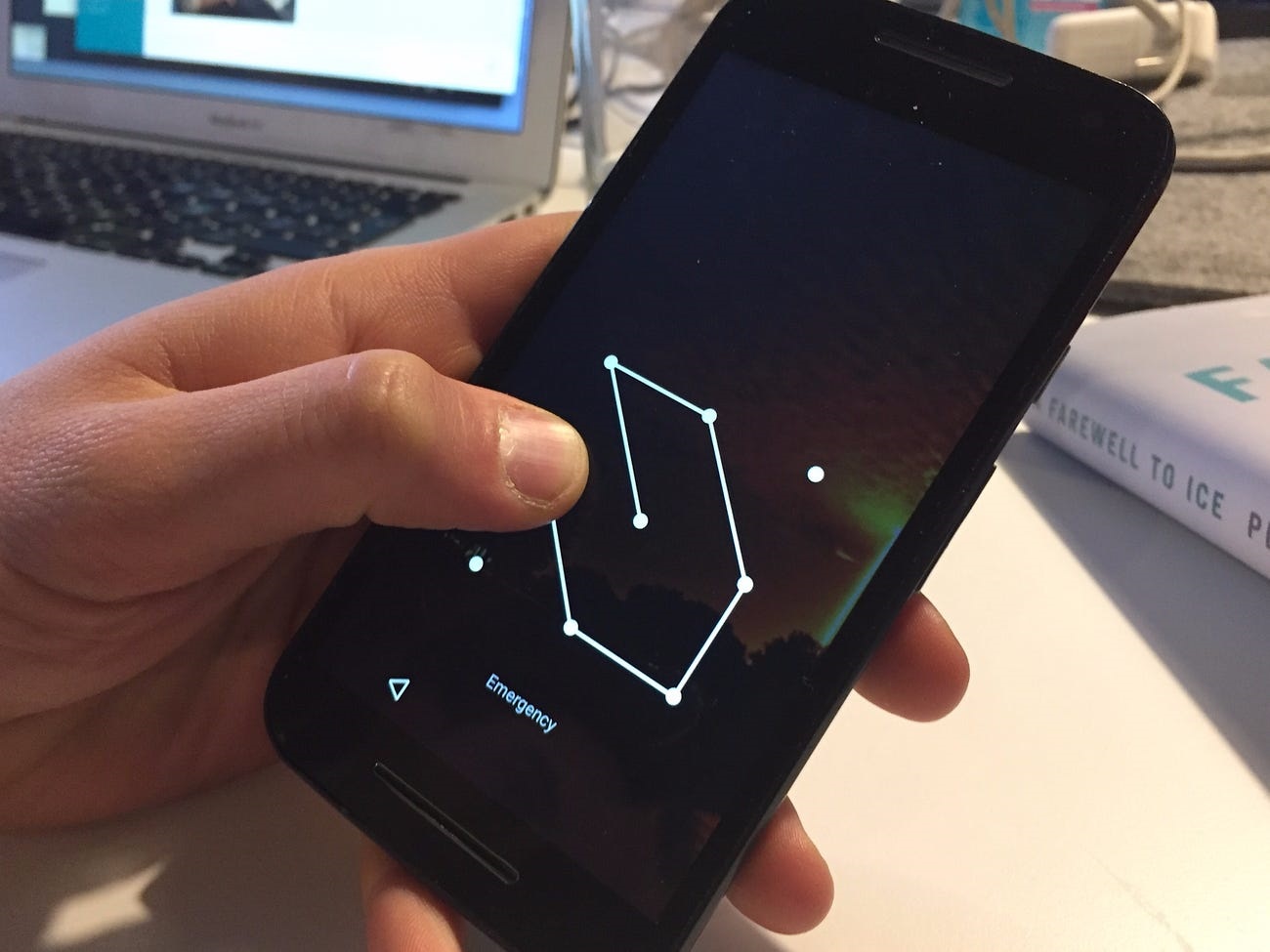 If you use a lock screen pattern to protect your Android phone, it’s a lot less secure than you might think.

That’s the message from researchers at the University of Lancaster, who have put out a paper explaining how they were able to reconstruct people’s lock screen patterns with a high degree of accuracy by using discretely captured footage. (You can check out the full study below.)

If you’re not familiar with lock screen patterns — perhaps because you’re on iOS — they’re an alternative way to secure your smartphone on Android. Instead of entering a passcode or using your fingerprint, you draw a pattern of your choosing in one unbroken movement.

But doing this requires moving your fingers — and with the right software, those movements can be reverse-engineered.

The researchers don’t need to be able see the screen for the method to work, they wrote. Instead, covert footage taken from a smartphone from around two meters away — or from a professional SLR camera from up to nine meters away — was sufficient to automatically reverse-engineer the pattern using a computer vision algorithm.

The algorithm identifies one or more possible patterns from the footage, and in a study of 120 unique patterns, it could figure out over 95% of them in five attempts or less — before the device is automatically locked because of too many incorrect pattern entries.

“The size of the screen or the position of the pattern grid on the screen does not affect the accuracy of our attack,” the researchers wrote. And what’s more, “complex patterns actually do not provide stronger protection over simple patterns under our attack.”

The result of this is pattern locks are not a particularly safe way to store your data and secure your device, the researchers say. It’s relatively easy for anyone to grab covert footage of you unlocking it in a public place.

If your device is encrypted and someone steals it, then your data is normally safe — but if they can figure out your lock screen pattern beforehand, it suddenly gets more serious.