Ubuntu offering the feature rich upgrade utility which used to upgrade the Ubuntu operating system from one version to another version (Latest released version) smoothly without any critical issue.

However, we have to take a backup for safer side, if something goes wrong, still we can restore the data from backup after fresh install.

But we can’t assure 100% this will go fine, sometimes results in broken packages and missing dependencies which can make the system unusable.

Few of us prefers fresh installation to avoid the situation (some of the peoples like me, i used to change my primary host OS yearly twice to play on it).

However, we can easily install the require applications to make the system more useful for day to day operation by spending few hours.

To avoid the situation, i would advise you to install Aptik, Aptik is a tool that will make your installation/upgrade more easier.
What Is Aptik?

Aptik is a tool, that backup and restore system settings and data in Ubuntu-based distribution.

It’s very useful while re-installing or upgrading on all Ubuntu-based distributions such as Ubuntu, Xubuntu, Linux Mint, Elementary OS, etc.

Items can be backed-up and restored individually or together using the One-Click button. Option to use encryption on sensitive or personal data using AES-128 encryption.

Aptik can backup and re-install PPAs, software packages, application settings, themes, mount entries, users/groups, home directory data and scheduled tasks with a single click. Each item can be backed-up and restored individually or entirely in a single click.

Aptik Backup and Restore for the following items.

How To Install Aptik In Ubuntu/Mint Systems?

There is no official packages are available, so add the following PPA in system to install Aptik package.

After downloading the packages, use the following command to install it.

How to Install Aptik In Debian System?

Download the following DEB files and use dpkg command to install it.

After downloading the packages, use the following command to install it.

If you face any dependency issue, run the following command

How To Use Aptik To Backup/Restore?

Launch the Aptik from application menu, here is the main windows. The GUI looking pretty simple, its not complicated and anyone can use to take a backup. 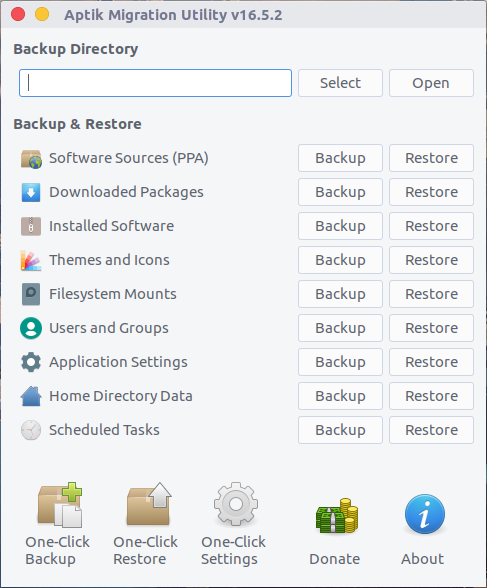 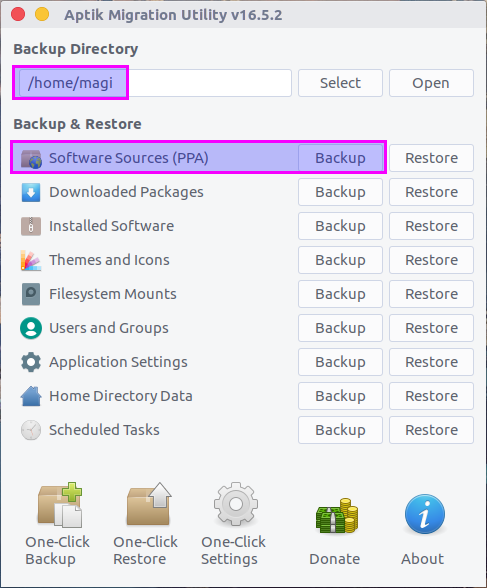 In the next window, it will display the list of items which are available for backup. Hit Backup button once again to complete the backup. 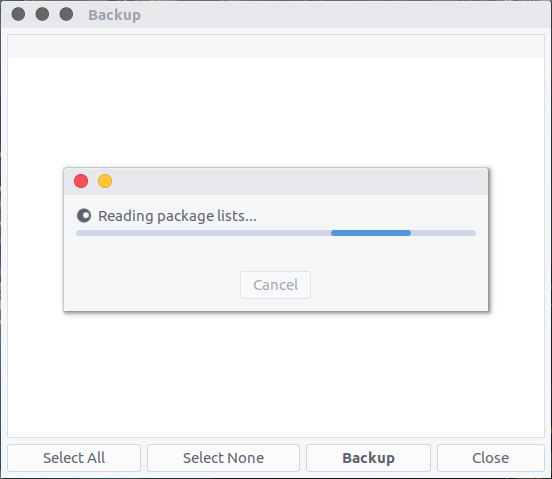 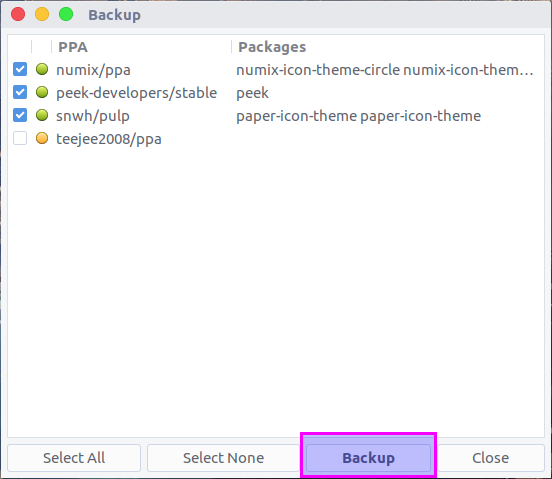 To backup all items at once, Use the One-Click Backup button. 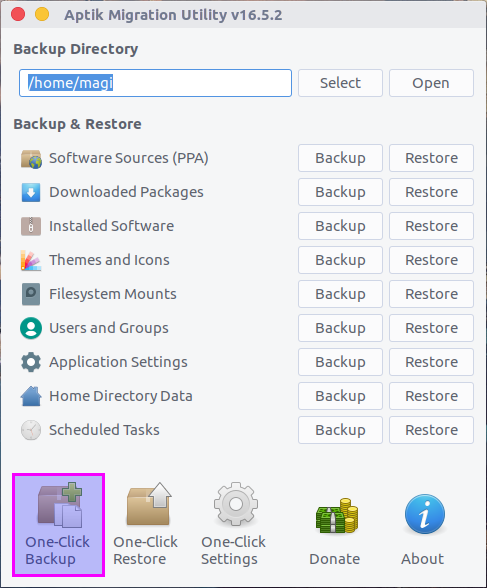 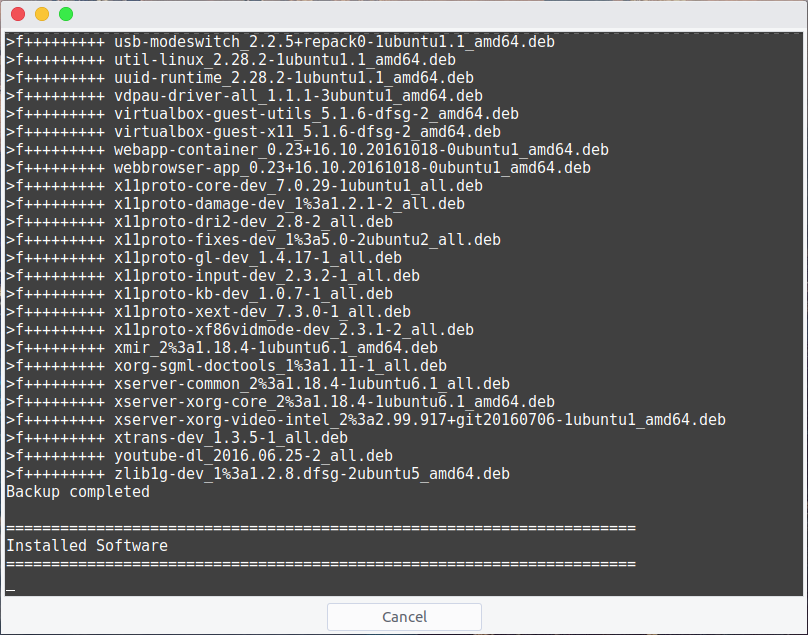 Additionally we can configure, which item can be ignored while taking backup using One-Click Backup option with help of One-Click settings button. 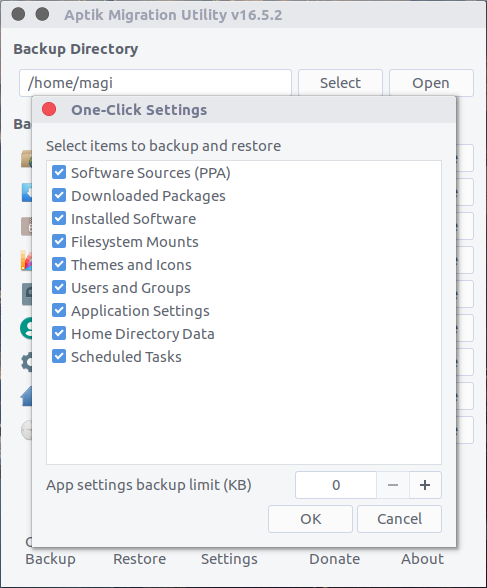 To Restore the backup. 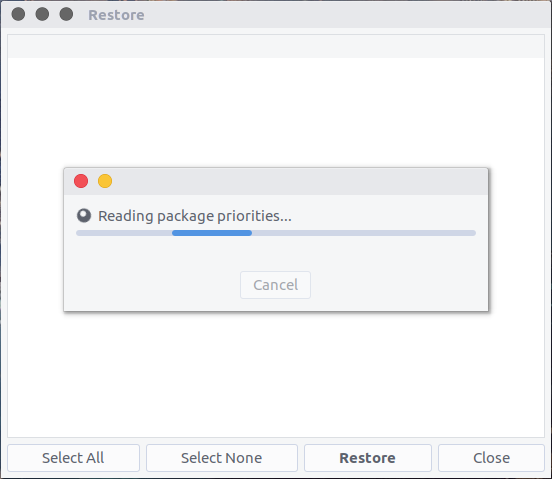 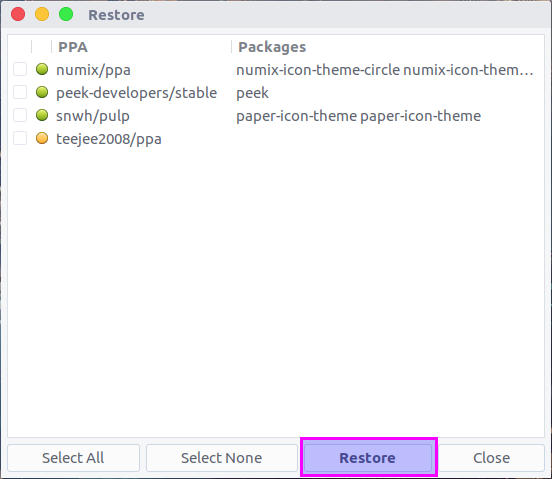